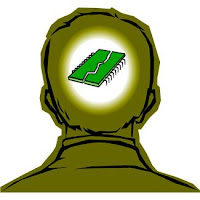 For those who don’t know, I’m still awaiting the results of UK publisher Angry Robot Books’ March 2011 Open Door Submission Month. Those of us who remain have formed a support group of sorts over at Absolute Write, in which to whinge and moan and gnash our teeth collectively. You can check it out here: The AW Waiting Club

So far, from what we can gather, there were around 22 manuscripts escalated to the editors’ desks. Of those, so far one has resulted in a book contract and at least 2 have been rejected. I think. The rest of us are following their every tweet, facebook status, website update, and Formspring answer while going slightly mad. We’ve also formed a private writing group that we’ve called “Anxious Appliances,” which seems to be slowly degenerating into a more private place to chew our hands off, lol.

In other news, I have acquired my first smartphone, and I love it and I’ll bite you in the face if you try to take it from me. I was so engrossed in Twittering and Facebooking and downloading games and such that I forgot it was a phone until I got a call last night, and for a second I actually thought, “Wow, it can do that TOO??”

And, lastly, I’m beginning to hate that Goblin Humiliator Badge. It taunts me, just hanging out there underneath the WIP word-counter that hasn’t changed in a month. “It’s not my fault!!” I scream at it. “I have a new job…and I’ve been sick…and I have homework to do…and Betas to critique…and dogs to feed and bills to pay and a husband to play with and bells to answer and eggs to fry and I HATE YOU!” I’ve been counting my schoolwork and blog posts as word counts just so I don’t get to Day 7 of no writing and have to explain myself to my mother.

I just need another 8-10 hours a day, that’s all. Just enough so that I can get some writing done and get a second job for Christmas money, and still have some “me” time. Or a clone. Or just a great big pile of cash. Yeah, that’d about do it.
Posted by Unknown at 10:49 AM