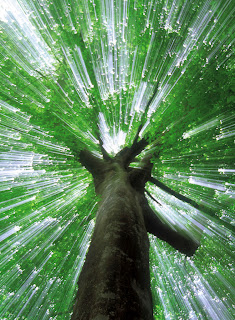 As you may or may not know, I love to write to music.  Some of my best ideas came about while I was driving around listening to music that would have made a good 'soundtrack' to the scene I was puzzling over.

Thanks to my cousin, I have found some new music to aid me:  Mumford and Sons.  Yes, yes, they've been around for years, apparently, but I despise the radio (and my car antenna's broken anyway), so I hadn't heard anything by them before we went to see Rise of Planet of the Apes.  We were driving down 75 toward the theater and he was playing this awesome song off his mp3 player.  Now, normally I don't enjoy the banjo as a rule.  But I listened for awhile and eventually I said, "Huh.  This is pretty good.  Who is this?"  And he was only too happy to oblige and we listened to "Little Lion Man" and "The Cave" all the way there and all the way back.

By the time we got back to my Mom's house, I had a whole chapter outlined in my head.  It's nice, too, because up until now the only songs I'd been able to use were dark and sad (and thus were my chapters), and now I have happy ones.

Normally I keep Muse and Enya close at hand, and for this WIP I've been using "Hurt" (both NIN & Johnny Cash), "Harder to Breathe" by Maroon 5, "Possibility" by Lykke Li, and various other dark and brooding tunes, which has resulted in a very dark and brooding book thus far.  Don't get me wrong, that's what I'm going for in the beginning, but I get involved in my stories (not that any of you would know anything about that, right?), so I've been as depressed as my characters.  But now, ah, a ray of hope!  I see the light through the clouds, swiftly approaching in another couple of chapters!  Huzzah!!!

What kinds of music do you like to write to (if you do, indeed, write to music)?
Posted by Unknown at 1:05 PM