A Case for Tragedy 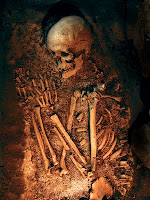 Many of my stories don’t end with “Happily Ever After.” I catch a lot of flack for that sometimes, from friends, from family...even from other writers. I’ve even been told before that, “I never would have read that if I knew it didn’t have a happy ending.” I had one person flat-out refuse to finish one of my stories when he found out it didn’t end the way he wanted.

I get it. Tragedies are hard, and often unpopular. But sometimes they’re also the right thing to do. And I’m not talking about those Lifetime Movie tragedies; those are cheap, emotional swill and we all know it. I’m talking about tragedies that mean something. Stories of sacrifice and honor and bravery. Stories where the hero throws himself at the monster even though he knows it will mean his death. Stories where even though it ends in tragedy and the heroes die, good ultimately prevails thanks to their sacrifice.

Don’t get me wrong; the hero and his princess riding off into the sunset has its place. Sometimes Andy escapes from Shawshank, Hazel defeats Woundwart, and Tiny Tim lives. But sometimes Juliet stabs herself through the heart, Boxer gets turned into glue, and Carton gets his head chopped off. Sometimes the Princess is a heinous bitch who sends her lover into the tiger’s den.

To end it happily simply because it is more pleasant or popular doesn’t make it good, just as ending it in tragedy doesn’t make it bad. Happy endings must be earned. They must be hard. Andy escaped from Shawshank not by an eleventh hour pardon or a fair trial, but by dragging himself through an eternity of darkness and filth after 27 years in prison. Darnay wins his freedom and his family not through a pretty speech or the villain’s sudden change of heart, but through the ugly death of a good man. Dantes gets his revenge and finds peace, but never reunites with Mercedes.

In a way our characters, our worlds, are more real than we are. They are immortal in a way we will never be. Their stories can echo through the ages and affect lives in ways we can only dream of. Ebeneezer Scrooge changed the way the world celebrated Christmas, and he is more famous than Dickens. Romeo and Juliet changed the way the world looked at love, and they are more famous than Shakespeare.

We are gods in their worlds, but mere pawns and messengers in our own. We owe it to our creations to tell it right. Even when the ending is hard or unpleasant.  If they are to be remembered, their tales must be told the right way, not the easy way.

Nothing is free. Everybody dies, but not everyone gets to die for something.
Posted by Unknown at 4:25 PM